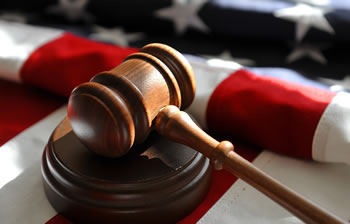 The vast majority of police, school resource officers, detention guards, peace officers, Department of Juvenile Justice (DJJ) workers, and Department of Corrections personnel take their responsibilities very seriously and treat people with dignity and respect. But that is certainly not the case in all situations because there are always those who are willing to take advantage of others, especially those whom society considers vulnerable. Moreover, victims in these instances are sometimes victimized again by the courts, generally because civil rights cases have very strict requirements, and a judge may throw out the case for even seemingly minor deviations.

The experienced professionals at Ford Law, LLC, quickly evaluate your situation and get started on your case, because there are normally tight deadlines and obscure procedural rules. We are familiar with all these rules, even the ones that are unwritten, so we are well-positioned to guide your case through the system. Then, we do not relent until we have obtained the best possible result under the circumstances.

If you have been a victim of excessive force, brutality, illegal searches and seizures, false arrests and other forms of misconduct by law enforcement officers, correctional officers, or any others acting “under color of law,” you may have a Civil Rights action pursuable under Section 1983 (42 U.S. Code §1983). This provision dates back to 1871, but courts interpreted it very narrowly until the 1960s and 1970s. Now, the elements of a §1983 claim are:

At Ford Law, LLC, we have successfully represented juveniles and their families in these matters. It is important to know that, even when individuals are detained, they are still entitled to protections under both the State and U.S. Constitutions. So, we fight for our clients who have suffered from sexual assaults, wrongful deaths, and excessive force while in the custody of state operated facilities. We also represent youth who have been victims of assault, battery, and intentional infliction of emotional distress at the hands of overzealous School Resource Officers (SROs).

Most of these cases are heard in federal court, and although every case is different, the pretrial procedure usually follows the following chart:

The vast majority of cases – over 90 percent in most jurisdictions – settle out of court before trial.

If you or your child has been a victim in any of the above situations, please contact us for a free consultation so that we may review your case with you. We are not afraid to fight on your behalf. Call Ford Law, LLC at 404-373-9881.